What Did You Do This Past Summer? App State ROTC Summer Training #4 . Training- Air Assault, Airborne, Cadet Leadership and SERE

I had the opportunity to attend Air Assault School at the Warrior Training Center in Fort Benning Georgia.  Air Assault is a challenging course that consists of three phases: Combat Assault, Sling-Load Operations, and Rappelling phase.  Upon arrival, you must complete a two-mile run in ACUs and pass the obstacle course.  Practice on an Obstacle course prior to arrival is highly encouraged to build familiarity with the stations.  The first two phases are highly intellectual and require time dedicated to study the materials if you hope to pass. The most difficult for many is the Sling-Load phase where you must identify at least three of four deficiencies on four different loads in two minutes.  Almost half of the students had to retest this phase.  The Rappelling phase was the most fun phase of Air Assault.  While it was the easiest phase to pass, it was also the easiest to fail.  This is due to a number of safety violations that are an immediate ticket home.  We repelled off the tower walls and open sides, the most challenging was doing it in a full-combat load with a ruck.  The very last rappel was out of a UH-60 (Black Hawk) helicopter. The last event of Air Assault is a 12 mile ruck march.  Throughout the whole course attention to detail is essential if you hope to pass. The intense July heat and unrelenting allergies I experienced added to this difficult school but overall it was a fun and rewarding experience that I would recommend to everyone who has the chance to go.

I was selected to attend Airborne School at Fort Benning with other cadets from around the United States to test our physical abilities as we endured a unique experience to become paratroopers. At Airborne School, I was training alongside enlisted soldiers, officers, marines, navy cadets, and an enlisted soldier from South Korea. Throughout the course, we went through three different phases of training, ground week, tower week, and jump week. Ground week is where we learned the skills to make a parachute jump and land safely as we practiced on ground and on a 34-foot tower. Tower week is where we practiced mass exits on the 34-foot tower and gained canopy confidence by learning how to manipulate the parachute. Lastly, jump week is where we executed all of our training successfully by completing five jumps at 1,250 feet from a C-130 or C-17 aircraft. Upon completion of the course and all the requirements, we were given “Silver Wings” that we could wear on our service uniforms as an identifier of our new skill. The big lesson that I learned at Airborne school is that you have to trust your equipment and your team. The Army is all about working together to accomplish a mission, so you have to trust the soldiers on your right and on your left and you have to trust the equipment that’s on your back. Working alongside different branches in the military helped me understand this aspect in a deeper level. When situations arise, we will depend on our sister branches to move forward and that all servicemen strive to become the best that we can be for our country. Airborne School was such a great experience for me, it pushed me out of my comfort zone and built me as a soldier. With this training, I gained a deeper respect for all our paratroopers who volunteered to be airborne in World War II. Wearing my silver wings makes me proud to represent these brave men and women who took on this task that was needed of them for our country. This was the most rewarded part of Airborne School for me, to be able to represent America’s fine men and women in the history of Airborne. I highly recommend Airborne School to any soldier out there. The course is a great learning experience, you work together with other branches, and you gain a deeper respect for what Airborne is actually about. As the saying says, Airborne, All the way!

During this past summer I had the privilege of spending time at Fort Bliss, Texas. I got to experience something that I had never been exposed to before from just ROTC: what life is really like as a newly-commissioned 2nd Lieutenant. All of the rhetoric and talk from so many cadre, both at school and Fort Knox could only do so much to explain and paint a picture of the complexities and difficulties that a new officer faces in the Army on a daily basis. I learned that, while extremely stressful and mundane at times, the job is just as rewarding and humbling as I had always been led to believe. Those lieutenants that truly love their job and their country did not go unnoticed by both myself and their superior officers.

As I spent my past three weeks with the route clearance platoon of Bravo Company, 2nd Brigade Engineering Battalion, 3rd Armored Brigade Combat Team I learned that one of the most important tasks a lieutenant is charged with is accountability for both equipment and personnel. Paperwork is an enormous part of most officer’s jobs, something that came as somewhat of a surprise to me (not the fact that officers did paperwork but just the somewhat overwhelming amount that can be required at times). But, while not what I had imagined, my lieutenant did a fantastic job of showing me the ropes and explaining the correct way to fill out some of the more critical and common forms for vehicles and equipment, particularly those of the MRAP and Buffalo vehicle systems.

After two weeks of the more routine paperwork aspect of the job (and a short trip to the M4 range with the company at which I qualified day, night, and CBRN), I was offered the tremendously unique opportunity to travel out to Kirtland Air Force Base and conduct subterranean breaching and clearing operations with the senior enlisted personnel and officers from the brigade’s infantry, cavalry, medical, and engineer units. We were taught by ex-special forces government contractors on the art of underground close quarters fighting and how to breach virtually any door or obstacle that we would be presented with in a real-world scenario. I was also given the opportunity to act as a team leader on one of the final live-fire exercises in the underground training complex. This was a tremendously informative and amazing learning opportunity and I am so very grateful for the amazing training that I received while here.

Survival, Evasion, Resistance, and Escape (SERE) School. My time at SERE taught me a number of things. I learned to survive off of the fat of the land. I learned how to evade regardless of the circumstances. I learned to resist, so I can return with honor. I learned to escape, because freedom is invaluable. Most importantly, SERE taught me more than just what it stands for; it taught me a few things about myself that I’d never discover elsewhere.

SERE is some of the best training the U.S. Army has to offer. Along with that, you might gain a few more hairs on your chest. For any future SERE student, I recommend absorbing as much as you can from the course and treat the end of each day as an accomplishment. Accepting defeat is never an option. That frame of mind allowed me to be a part of a handful of the first cadets to graduate from the U.S. Army SERE Level-C course. 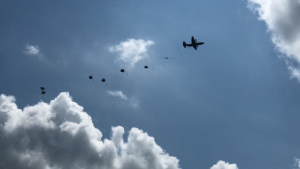 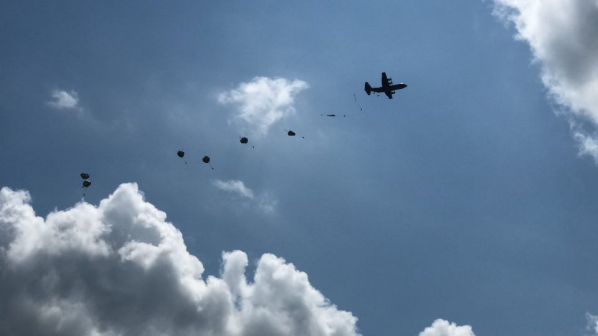