ASU Pershing Rifles Have Another Strong Showing at the Nationals

On March 9 Pershing Rifle Company M-4 set out to Jacksonville, Florida for National Conference and Competition (NATCON 2017). Twenty-seven Pershing Rifleman and Captain Brown attended from the Mountaineer Battalion. The entire event had over 300 Pershing Rifleman, Pershing Angels, and Black Jacks in attendance from all over the country.

After the drill competition, the society met up for a social at the Black fin Pub where current Pershing Riflemen and alumni socialized. It was a good opportunity for the society to experience exactly what it was all about, brotherhood.

The next day is when legislative and informative meetings were held. These meetings ranged from company commanders meeting with the national staff to discuss the future of the society to updated policies on subjects such as hazing.

Later that night the formal dinner took place where many honors were given. M-4 was recognized three different times for Best Company, the Gold Achievement Medal (given to Phillip Wagner), and Jeremy Tuggle received a scholarship for $2,000. That night the honored guest speaker was the granddaughter-in-law of General Pershing, Sandra Pershing. She is the last surviving person that bears the name Pershing. The rest of the evening the society celebrated another successful year for NATCON. 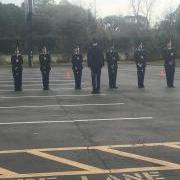 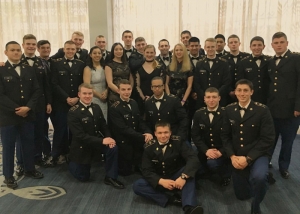 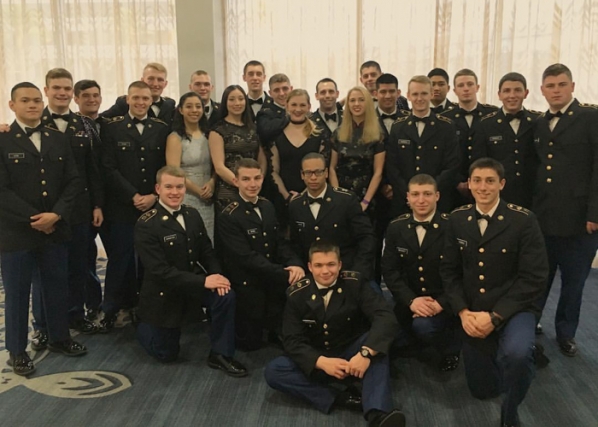